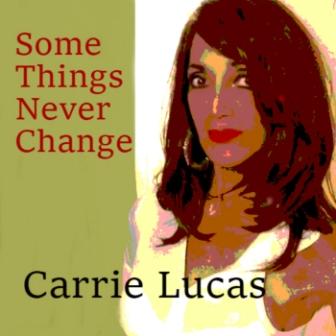 If you memory’s better than mine you’ll have fond recollections of the 70s in general and the sound of Solar Records in particular! Founded in 1978 by Dick Griffey, the label enjoyed huge, era-defining success with artists like The Whispers, Shalamar, Midnight Star, Lakeside, Dynasty and a certain CARRIE LUCAS.

We’ve been told that Solar is all set to re-launch and as a precursor, they’ve just released a new 45 on the aforementioned Carrie Lucas. The tune is a proper 80s’s throwback, ‘Some Things Never Change’ and it has seen helmed by the ubiquitous mixer/producer Nigel Lowis. Our research reveals that it’s maybe 30 years since we last heard from Carrie…. ‘Some Things Never Change’ sounds like she’s never been away. In the context… what a great title!