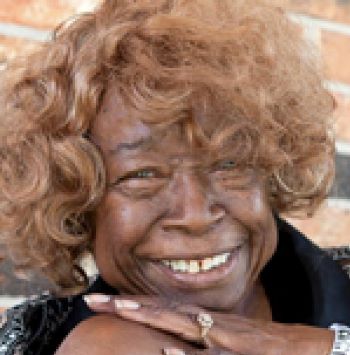 Celebrated blues singer  CAROL FRAN died on Wednesday, September 1st. She was 87 and though no cause of death was given, it’s known that she had recently contacted COVID 19.

Ms Fran was born in Lafayette, Louisiana in 1933. After relocation to New Orleans she married sax man Bob Francois and using a shortened version of her new name she became  a mainstay on the New Orleans music scene.

She enjoyed success with her first single, 1957’s ‘Emmitt Lee’ but follow ups failed to ignite and Ms Fran concentrated on live work. Fran eventually partnered  guitarist Clarence Holliman to form a duo, the Holliman Express. They released three albums together, toured the United States and Europe, and taught blues music to students in Texas. During that same time, Fran resumed her solo recording career, releasing five albums between 1992 and 2001. Fran also became a regular on the Louisiana festival circuit, making multiple appearances at Le Festival International de Louisiane, New Orleans Jazz Fest, and many others. Her work earned her two Female Artist of the Year nominations from the Blues Music Awards (1993 and 2001). In 2006, Fran won the Louisiana Governor’s Arts Award for Folk Artist of the Year. Two years later, Lafayette City-Parish Council presented Fran with its Distinguished Citizen Award. In 2012, she received the Slim Harpo Blues Award for Female Legend of the Year. One year later, the National Endowment for the Arts named Fran as one of its National Heritage Fellow.