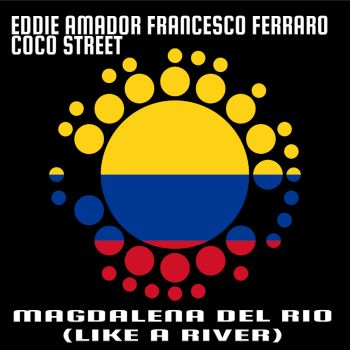 House music veteran, EDDIE AMADOR  (he’s been on the scene since  1998!) has just launched his latest incendiary single… ‘Magdalena Del Rio (Like A River), an unashamed and ultimately successful attempt to summon the spirit and power of carnival.

Helping Big Ed deliver are Francesco Ferraro and feisty vocalist Coco Street and between them they craft a hugely percussive, cowbell-clanging  vibe that is in its own way an aural definition of Latin House. There are four mixes available – the full vocal, the Afro Dub “Thang”, the Carnival Breakdown and, for the faint-hearted, the radio edit!

‘Magdalena Del Rio (Like A River)’ is out now via Beatport promo. Full release August 27th, 2021, on Nu Soul Records.