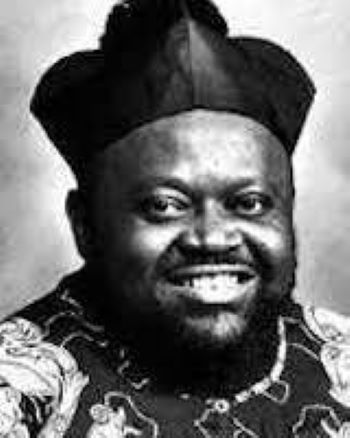 Sometime Motown recording artist, gay rights activist and ordained minister CARL BEAN died on Tuesday 7th October. He was 77 and no cause of death was given in the death announcements.

Born in May 1944, Bean’s music career began in gospel before being signed to Motown where Berry Gordy saw his potential. Gordy had him record what was to become Bean’s anthem,  ‘I Was Born This Way’- in many ways the record was  a first: the biggest black-owned record company broadcasting a statement on gender identity. The #1 song, recorded with the Sweet Inspirations, was the first gay liberation dance club hit. At the height of his recording career, Bean worked with Dionne Warwick, Burt Bacharach, Miles Davis, and Sammy Davis Jr but religion was always calling.

In 1982 he became an activist working on behalf of those suffering with AIDS and championing various gay initiatives. In the same year he founded his own church – the Unity Fellowship Church Movement and he became that Church’s bishop. In 2010 he published his autobiography, ‘I Was Born This Way’.

Under Bean’s leadership, the Church’s Minority AIDS Project became the first non-profit, community service agency founded and managed by people of colour to educate and serve communities of colour who continue to be disproportionately infected and affected by HIV/AIDS.