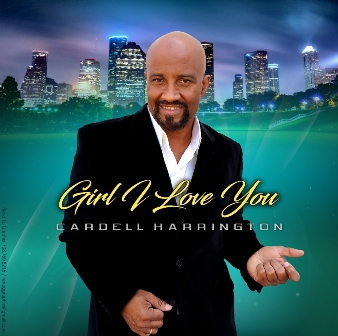 Been a while since we heard from Chicago born indie soul man CARDELL HARRINGTON (who often just uses his first name – Cardell).   Now based in LA, we know that Mr H won’t mind us tagging him a veteran with a distinguished CV that includes work with people like Phil Upchurch, George Duke, Phil Perry, Chick Corea, DJ Rogers and Alicia Myers. He debuted way way back in 1989 with ‘Baby Don’t Fool Around’ – a Billboard top 100 chart rider. His other solo singles include ‘That’s When I Fall In Love’ (2014), ‘I Care About You’ (2013) and ‘My Best Friend’ (2015) while his last album was ‘True Steppers Artist’ which was released in 2009.

Cardell’s new single is a slinky, modern soul mid tempo outing, ‘Girl I Love You’ which we believe is from an upcoming album. The single’s B side is a similar sounding ‘I Just Can’t Get Over You’. If modern indie soul’s your thing, both are worth investigation.