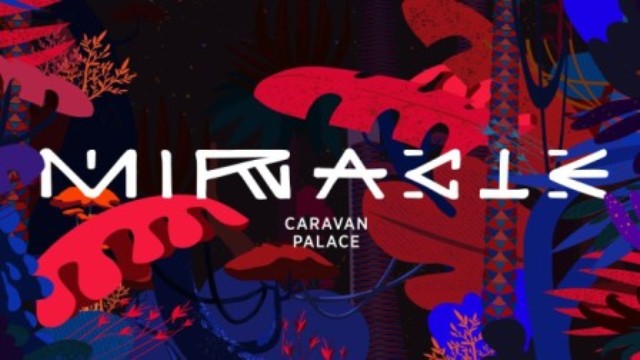 The oddly named CARAVAN PALACE are a French band whose sound though not soul has its roots in soul and dance. They call their music “ever evolving, groove-laden electronica” and on the evidence of their latest single, you wouldn’t argue. Tune in question is ‘Miracle’ which after an edgy start kicks into a spacey, infectious groove with some crazy vocals. The cut is the lead single from the outfit’s upcoming Spring album.

Avid TV watchers might well have caught CARAVAN PALACE over the last few months. They’ve been on almost everything… Later…With Jools Holland, The Jonathan Ross Show, Tonight at The London Palladium, and BBC 2’s Hootenanny. They’ve also played at Brixton Academy & Somerset House – and on the main-stage at festivals including Glastonbury, Boomtown, Secret Garden Party and Wilderness. With over 1 million YouTube subscribers, ‘Miracle’ is worth checking out if you like your grooves just a little different!