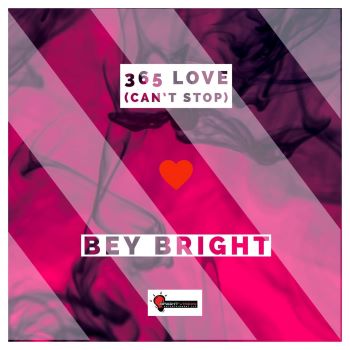 It was right at the end of December when we featured indie soul Grammy Nominated producer/singer/songwriter BEY BRIGHT with his latest single, a catchy, soulful, jazzy mid-tempo steppers groove, ‘Just A Little Bit’. We described it as “seductive and appealing with some sweet sax fills”. And repeated plays haven’t made us change our mind.

Hot on the heels of that  release Bey has released what he’s calling the B side to it. It’s a slower jam, , ‘365 Love (Can’t Stop)’. Bey’s team described Just A Little Bit’ as  “music for the grown-up, sexy crowd” and ‘365 Love (Can’t Stop)’ offers the same sensual soundscape;  if you’re part of the grown-up, sexy crowd, you’ll probably want to investigate.