CAMEO PARKWAY – FROM THE VAULTS… 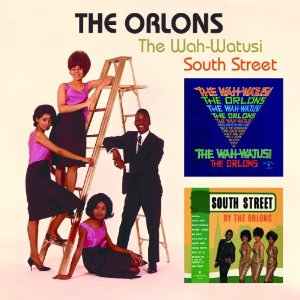 Philadelphia’s CAMEO-PARKWAY label was one of America’s iconic musical imprints. In a comparatively short 12 year life span the label was responsible for numerous hits and countless underground classics across a range of genres – including, of course, soul. Many of the musicians who played on the Cameo-Parkway material went on to form the core of GAMBLE and HUFF’S mighty MFSB while many of their writers, arrangers and producers cut their teeth with Cameo-Parkway.

For all kinds of reasons, archive Cameo-Parkway material has been unavailable for decades. Occasional compilations have dipped into the vault but there’s been nothing that could be called comprehensive… till now. Ace Records have just acquired the rights to a number of classic Cameo-Parkway albums and their release hopefully heralds a proper reissue programme.

There are just six albums currently available, but they offer a great snapshot of a classic moment in popular music history. There’s a “twofer” on CHUBBY CHECKER, and yes, the music is heavily orientated to dance crazes but MR. EVANS sure does ‘The Watusi’, ‘The Mashed Potato’, ‘The Stroll’ and many more with bags of panache. More soulful, maybe, is the pairing of two albums from THE ORLONS. Again, a lot of dance gimmick songs – but checkout a super pair of “street” songs – ‘South Street’ and ‘Between 18th and 19th On Chestnut Street’.

Soul group, THE TYMES feature on ‘Remember Me Baby’ – a 24 track compilation of Cameo-Parkway vocal groups while the other releases focus on BOBBY RYDELL, CLINT EASTWOOD (singing cowboy songs on the back of his role in the TV series ‘Rawhide’) and beat combo TERRY KNIGHT and the PACK. Ace execs are unsure right now how much more Cameo-Parkway material is to follow – let’s hope they manage to secure the rights to a lot more!