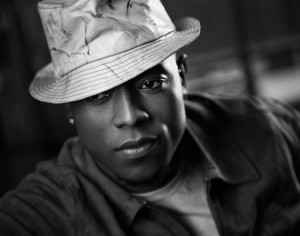 North Carolina’s CALVIN RICHARDSON is soul’s almost man. A magnificent singer with a dynamically soulful range he debuted back in 1999 with the classic ‘Country Boy’ album. It went on to sell over 100,000 units. Four more LPs followed including a tribute to his idol Bobby Womack but for reasons never fully explained they never managed to consolidate the impact his debut set created even though soul music biz insiders know and acknowledge that Mr Richardson can sing the socks off all the latest soul wannabees.

Maybe things will change for the Grammy-nominated Richardson with the September release of a new LP – recorded in Eric Benet’s studios. The album is heralded by an infectious single called ‘We Gon’ Love Tonight’. The cut’s totally contemporary (with a hint of Joe about it) but the big attraction is, as ever, Calvin’s remarkable voice that can go from low-down growl to silken falsetto in a couple of bars. The record is being promoted by Mike Ward of In Da Soul promotions and you can find put more @ www.IamCalvinRichardson.com