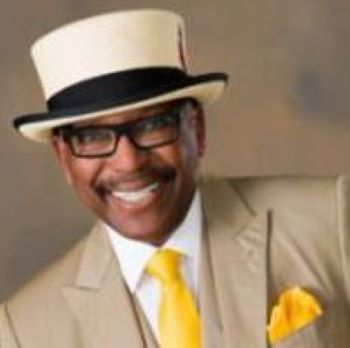 Though there is no official confirmation, some US sources are reporting the death, at age 79, of CALVIN SIMON – one of the singers with the P FUNK circus.

Simon was born in West Virginia in 1942 and in the late 50s joined George Clinton in his doo-wop/embryonic soul group The Parliaments. Old soul fans will have fond memories of their ‘I Can Feel The Ice melting’ and ‘Don’t Be Sore At Me’.

Over time the Parliaments morphed into Parliament and countless other offsprings! In 1977 Simon argued with Clinton (money matters, it seems) and quit the circus. Then with Fuzzy Haskins and Grady Thomas, he formed an alternative Funkadelic and released an album ‘Connections And Disconnections’. In the late 90s he re-joined Clinton only to leave again to form his own Original P.

Eventually Simon turned to gospel music  and set up his own label Simon Says Records. For his work with Parliament he was inducted into the Rock and Roll Hall Of Fame in 1997.