CALLING ALL THE ANGELS! 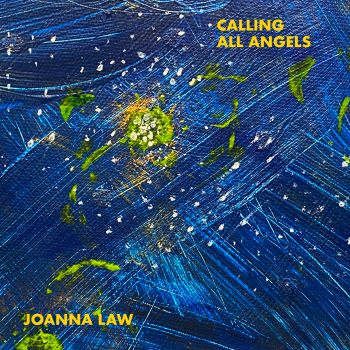 JOANNA LAW is a British singer/songwriter who in a lengthy career has worked with people like  Way Out West, The Space Brothers and, most successfully, Pressure Drop. Born in Trinidad, on relocation to the UK, Joanna and her 3 brothers started playing music together – one brother, Simon went on to find fame with Soul II Soul and Joanna regularly worked with him on his own projects though her main collaborative outlet was via the Pressure Drop duo (Justin Langlands and Dave Henley).

In 1990 Ms Law enjoyed success with her version of ‘The First Time Ever I Saw Your Face’ (produced by brother Simon) but as the millennium dawned she turned her back on music, raised a family and trained as a psychotherapist!

Earlier this year Joanna made a comeback of sorts with a retrospective album, aptly titled ‘Rhythm Of Years’. It collected some of her best past masters including a 1990  tune called ‘Calling All Angels’ which is set to be issued as a single  in an un-released ‘early edit’ – Joanna tells us she found it in the loft!

Musically, ‘Calling All Angels’ has  an ethereal hymn like feel  and a warmth which evokes the Laws’ family Caribbean background. Lyrically the song is an ode to childhood and innocence and offers degrees of hope, love and peace – perfect for the festive season and a satisfying counter to the usual musical turkeys we endure at this time of year!