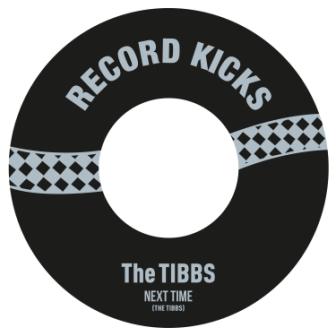 In 2014 they released their first EP, followed by a vinyl single on the renowned German Tramp label. Now signed to Record Kicks the Tibbs are about to release a brand new double A sided single…. ‘Next Time’/ ‘The Story Goes’.

‘Next Time’ is a pacey, up-tempo number with parping brass that has just a hint of ska about it. It packs plenty of energy – rough and honest. ‘The Story Goes’ is a little more polished (though not that much) and a little less frantic. Again the punchy brass brings plenty of appeal and the middle trumpet break is a real gem. Stick a white label on this and you’d convince many a Northern souler that they’d found a long, lost classic!

The single is released on April 1st and heralds an album… ‘Takin’ Over’ which hits the sales racks at the end of May.