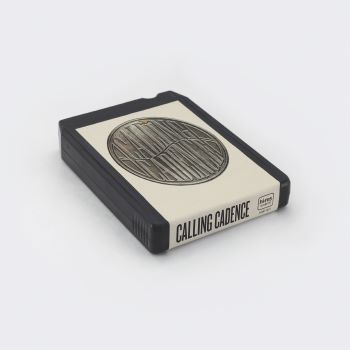 CALLING CADENCE is an L.A. band who’ve just released their eponymous  debut album. Now the music on the LP isn’t soul but amongst the 15 tracks you’ll enjoy plenty of blue-eyed soul, the odd nod to Memphis and even a sort of homage to Michael Jackson!

At the core of Calling Cadence are vocalists Oscar Bugarin and Rae Cole (other band members are Josh Adams – drums, Elijah Thomson – bass, and Mitchell Yoshida – keyboards). Their mission statement is to give a contemporary twist to the classic harmonic Laurel Canyon sound of the late 60s and early 70s. The band name by the way comes from Oscar’s time on the army – “calling cadence” being the traditional call and response used during military training/running sessions.

So what might interest the more liberal soul crowd on this album? Let’s get that MJ thing out of the way first. ‘This Time’ isn’t really a homage to him, rather it channels  some of his musical mannerisms and flavours. ‘Took A Chance’ is a whole lot better – a take on Memphis country-soul though embellished with some beautiful chorus harmonies. ‘Dancin’’ is one of several throwaway blue -eyed soul items   while ’King’ is bluesy. Elsewhere expect all sorts of everything. Somebody more literate than me said “it’s a smorgasbord of folk, rock, soul, punk, jazz and country with easy-to-digest attitude and gotcha hooks” Agreed! The albums out now via Hi Res Records.