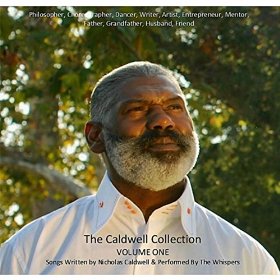 Founding member of the WHISPERS, NICHOLAS CALDWELL died in January and now, just over a month since his passing, his fellow Whispers are releasing two albums featuring a selection of their songs written by Caldwell.

The albums are simply called The Nicholas Caldwell Collections Vol 1 and Vol 2 and they feature gems like ‘Say Yes’, ‘Do They Turn You On’, ‘Give It To Me’ and ‘Are You Going My Way’.

Both albums are released on B & A Entertainment and you can make up you own minds whether the speed of the release smacks of cash in or heartfelt tribute.