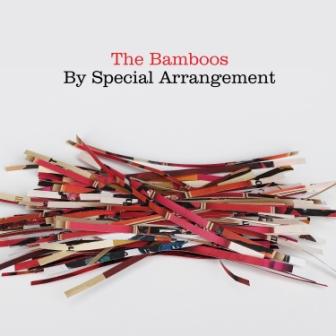 Australia’s premier funk and soul band, THE BAMBOOS have just launched their latest album and the ten tracker that is ‘By Special Arrangement’ is proving to be one of their most interesting projects yet. You see the band (mustered as ever by soul multi tasker Lance Ferguson) have been in business for 20 years and the call seemed to be to put out a “best of” or a “greatest hits” package. However Mr F decided to try something rather different. With the rest of the boys he’s picked ten of their most loved songs and re-invented them. No – they’re not “new” mixes – they’re new recordings with most of the tunes set in fresh and challenging string, woodwind and brass arrangements. (These very “special arrangements” by the way are down to Bamboos’ trumpeter Ross Irwin).

The new arrangements veer between the cinematic and the classically soulful and the vocalists will be familiar to fans of the band – people like Dan Sultan, Tim Rogers and Megan Washington. Pride of place, though, goes to the Bamboos’ most regular collaborator – Kylie Auldist. She fronts 6 songs – two of which are covers…. Sam Brown’s ‘Stop’ and London Grammar’s ‘Strong’. Her outstanding contribution though (and clear album highlight) is the gorgeous new treatment of ‘I Don’t Wanna Stop’. Here she does what she does best – simply caresses the lyric with an understated soulfulness. I defy you to find a better summery vibe this year!

The Bamboos’ ‘By Special Arrangement’ is out now and cleverly the cover image (pictured above) shows shreds of their previous album covers brought together to create a new object…. exactly what this record is!