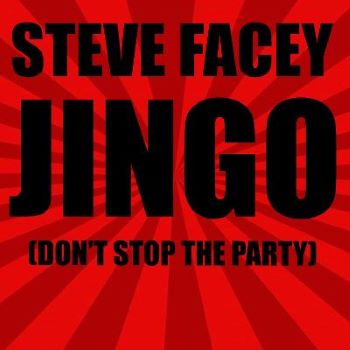 Readers of a certain vintage might remember the tune ‘Jingo’ by Santana. It was big(ish) around 1969 .  I think it was his and his band’s first single. It was certainly played out at Woodstock but few know that it was actually based on a 1960 song ‘Jin-Go-Lo-Ba’  by the Nigerian drummer Babatunde Olatunji.

In 1979 the tune was revamped and revitalised by Salsoul band Candido  and now – 40 odd years later – it’s gets a new tweak, this time courtesy of DJ STEVE FACEY. It’s still hugely percussive  – with those beats played live by Wimer Sifontes from Caracas, Venezuela who is one of London’s most accomplished, outstanding and prolific percussionists. The vocal’s  from Vanessa Haynes (best known for her work with Incognito) and there’s a crazy sax solo courtesy of  Kevin Reynolds.

Our clubland spies tell us that this new ‘Jingo’ is igniting dance floors – hence its subtitle ‘Don’t Stop The Party’ – but right now it’s on promo only, awaiting a major label to step in!