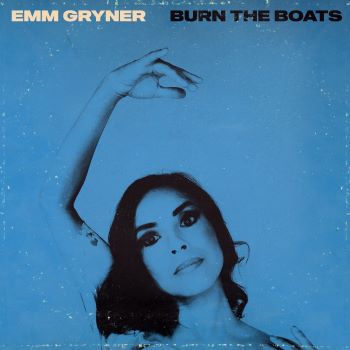 EMM GRYNER is a new name to us but we’ve learned that she’s quite a veteran. The Canadian-Filipino singer/songwriter has released 20 albums and is maybe best known for her work with David Bowie. She was keyboardist in one of his many bands, taking the stage with him at Glastonbury.

More latterly, it seems that Ms Gryner’s music has taken a more soulful direction – at least a blue-eyed soul direction. She’s just released a sweet single in that style. It’s ‘Burn The Boats’ and if you like the music of bands like Mamas Gun and Young Gun Silver Fox, you may want to investigate. It has that unassuming, melodic 70s/80s sunshine pop/soul vibe. The single’s out now via Legere Records and it’s taken from the lady’s upcoming album ‘Business and Pleasure’.