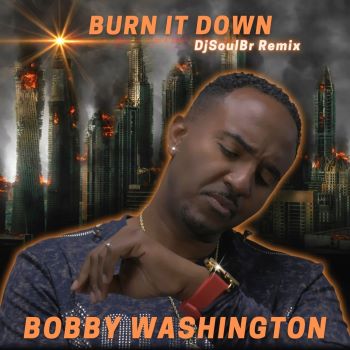 BOBBY WASHINGTON is an American indie soul singer/producer who is currently working on a new album – due this Summer. As a taster Bobby’s released a single, ‘Burn It Down’. Produced and  mixed by DjSoulBr (one of Brazil’s top soul radio presenters), ‘Burn It Down’ has a steady and tight bass line and a groove that harks back to the 90s. Hardly surprising, since Mr W says that the upcoming LP will be “an array of Slow Bangers mirroring a 90’s reflection with a fresh sound of today”. We’ll wait and see!