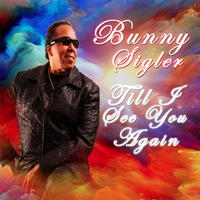 Contrary to recent rumours about his demise BUNNY SIGLER is very much alive and well, Indeed the Philly veteran is putting the finishing touched to a new album, ‘Young At Heart’ and he’s all set to release the first single… a stately ballad, ‘Till I See You Again’ on his own Bunz Music label.

Bunny has dedicated the song to his late song writing partner Marvin Morow and though he’s now over 70, Bunny says he has no intention of retiring. “There ain’t now stopping us now”, he quips on the sleeve of the record!

BUNNY SIGLER’S TILL I SEE YOU AGAIN is out on March 24th.