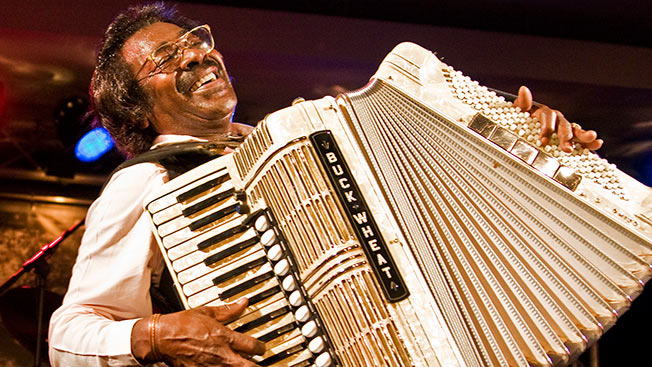 Noted Cajun/Zydeco musician BUCKWHEAT ZYDECO died today, Saturday, 24th September. He was aged 68 and passed away at the Our Lady of Lourdes Regional Medical Centre, Lafayette, Louisiana. He was suffering from lung cancer and for the last several months his friends and fellow musicians had been raising money to pay for his treatment.

Buckwheat was born Stanley Dural, Jr in November 1947 in Lafayette where, as a youth, he became a proficient and in-demand organ player. He eventually switched to the accordion and formed  the Hitchhikers, best remembered for their 70s single ‘It’s Hard To Get’. He then went on to play in the Clifton Chenier Band before going out on his own as Buckwheat Zydeco. Amongst his recordings were ‘One For The Road’, ‘Turning Point’, ‘Waitin’ For My Ya Ya’ and ‘Lay Your Burden Down’. In 1987 Buckwheat also appeared in the movie ‘The Big Easy’ .