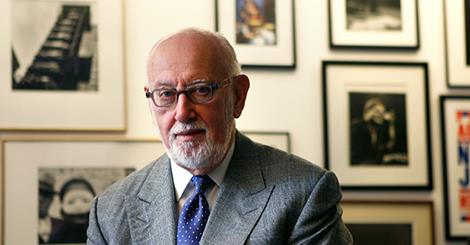 SJF is sad to announce the death of one of the music industry’s most popular movers and shakers, former Blue Note boss, BRUCE LUNDVALL, who passed away aged 79 in New Jersey following an operation for Parkinson’s disease (from which Lundvall had been suffering with for some time).

An avuncular figure who was liked and respected by myriad musicians, Lundvall is best known for his work at Blue Note, although he first made a name for himself at Columbia in the 1970s when he helped to build an impressive jazz roster. A switch to Elektra in 1982 saw him create the jazz-oriented Elektra Musician imprint before a move to EMI in ’84 resulted in him birthing the Manhattan label. But Lundvall’s biggest achievement was waking Blue Note Records out of a long slumber. The dormant label had became part of EMI in 1979 when they acquired the United Artists label (then Blue Note’s parent company) but in 1984, Lundvall, a lifelong jazz aficionado, resurrected Blue Note and oversaw its rebirth that witnessed the company regain its footing in the contemporary jazz world. Among Lundvall’s many signings for the label were Dianne Reeves, Bobby McFerrin, Joe Lovano, John Scofield, and more recently, Norah Jones, Anita Baker, Al Green and Amos Lee.

Lundvall stepped down from his role in 2010 due to ill health, replaced by Don Was, who told SJF last year: “Bruce ran it beautifully and he’s a real hero of mine.”