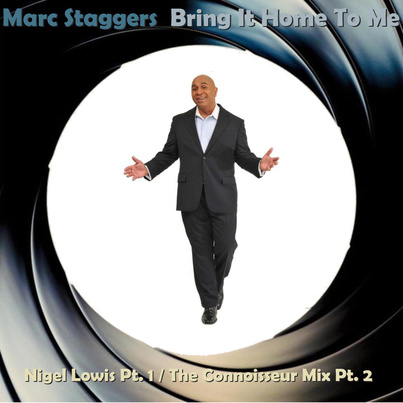 Washington DC’s MARC STAGGERS has long been a UK soul favourite. His ‘Then And Now’ and ‘Dream Catcher’ albums was well-received and occasional tracks on quality modern soul compilations have proven that there’s much more to young Marc than that uncanny Luther Vandross-style voice.

Like lots of great soul stars Marc had his first musical experiences in the church but since then he’s enjoyed secular success and now he’s all set to consolidate that success with a wonderful new, easy on the ear, smooth soul single that’s out at the end of February on the UK based DSG label.

The song’s called ‘Bring It Home To Me’ and it was originally written by top mixer and Philly connoisseur Nigel Lowis in the style of soul man Bobby Latimore. Lowis offered the song to Staggers who tweaked it here and there and the end result is as fine a piece of sweet, smooth and sophisticated soul as you’re going to hear all year!

Staggers’ voice is a thing of beauty and the easy-paced song fits his style perfectly while Lowis sprinkles some Philly style magic all over the place. The whole thing reminds me of those classy Lou Rawls Philly sides, especially the strings and the melodic hooks.