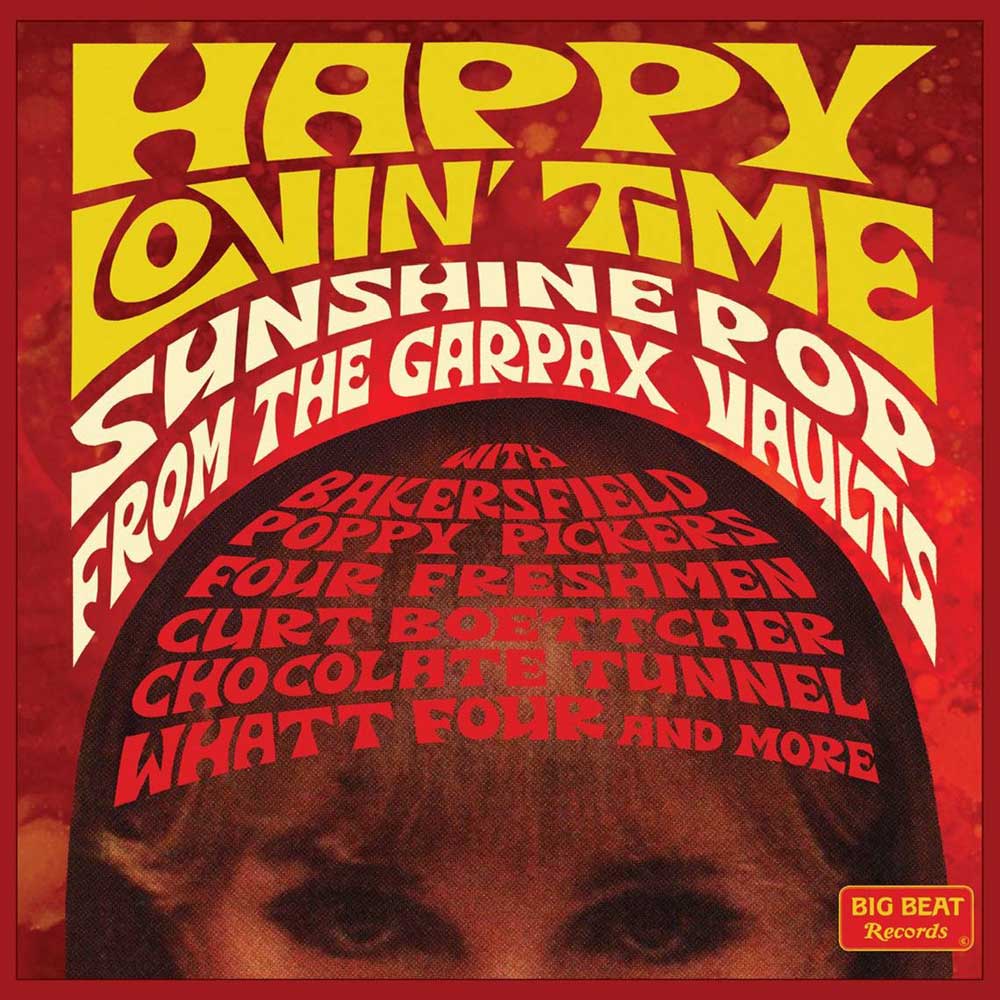 “Sunshine Pop” is one of music’s many sub-genres and like almost all of them it’s hard to define and pin down. Best definition is the aural one and on a brand new 24 track compilation from Ace/Big Beat Records you’ll be left in no doubt about the sweet, optimistic, harmonic nature of Sunshine Pop.

‘HAPPY LOVIN’ TIME’ collects together two dozen tracks produced by muso Gary S Paxton. Paxton became a major figure in the Nashville country scene in the 70s, of course, but before that he worked out of Hollywood crafting pop smashes like ‘Alley Oop’ and ‘The Monster Mash’ and working with super harmony group The Association.

‘Happy Lovin’ Time’ is a compilation taken from the vaults of Garpax Records and under Paxton’s mentorship the label’s roster produced a unique, “Californian”, sweet, summery vibe that’s now simply called “Sunshine Pop”. Biggest name on the collection are The Four Freshmen. The veteran harmony group (a huge influence on Brian Wilson) offer ‘Nowhere To Go’ and the sound isn’t a million miles away from what the groups like the Friends Of Distinction and the Fifth Dimension were recording at that time.

There’s the same feel on the two tracks from a band called The Jaybees while Mary Saxton’s ‘Is It Better To Live Or Die’ has a southern country/soul feel – posing the question “where does Sunshine Pop end and where does Blue-Eyed Soul begin?”