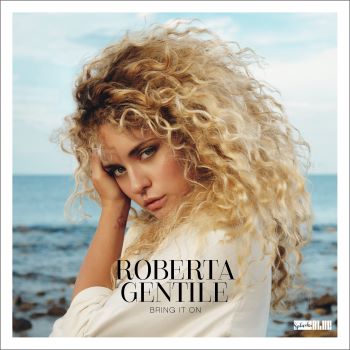 Mentored by her mother, Signoria Gentile studied at an Italian music conservatory before gaining a diploma from the London College of Music. Back home in Italy she did the usual rounds of concerts, trade fairs, TV and radio. Via the internet she contacted Incognito drummer Francesco Mendolia who introduced her to Bluey. Bluey tells us that when he saw Roberta perform, he was blown away by the warmth and the maturity of her voice. An impromptu phone audition (when Roberta sang a Chet Baker flavoured version of ‘You Don’t Know What Love Is’) convinced the Incognito man that he needed to record her, and the result is the ‘Bring It On’ album on which Roberta is backed by the core Incognito musicians.

The album boasts plenty of highlights – led off by the LP’s opener ‘Play Me’. This is a lush mid-tempo soul groove with a full-on Bluey production supporting Roberta’s smoky Amy Winehouse flavoured vocals. ‘Never Enough’ is a sweet and passionate ballad while the title track is percussive with a funk undertow. And the Italian language ‘Che Male C’e will have you rushing out to book your continental holiday!

ROBERTA GENTILE: ‘Bring It On’ out now on Splash Blue