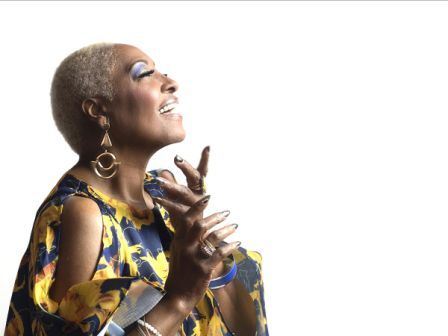 To call MARTHA HIGH a soul veteran is an understatement! Now well into her 70s, she began way back in the 60s as a member of the Four Jewels. Her introduction to that group came via a certain Bo Diddley. Then one night as Washington’s famed Howard Theatre, Martha so impressed another industry icon – James Brown – that she was spirited away to work with his revue – a gig that was last for just 32 years!

In her years with the Godfather she became his confidante – even taking responsibility for his coiffure! However, despite their closeness, in the 90s Ms High decided to pursue a solo career (much of it based in Europe) and soul fans will have fond memories of albums like ‘Singing For The Good Times.’

Right now there’s a new LP on the way… Nothing’s Going Wrong’ (released next year) but the first single will be available from November The tune is an old school soul work out – ‘A Little Spark’ which Martha describes as “an uplifting song aimed at encouraging people to stick together in a climate of fear”. It’s certainly a good ‘un and betrays the singer’s massive soul experience.