BRIAN JACKSON… ON THE WAY… 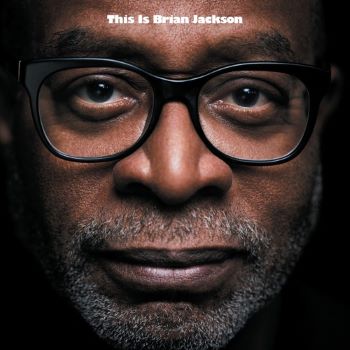 Last month we reported on an upcoming album from keyboardist, flutist, vocalist, and composer BRIAN JACKSON. Surprisingly for such an iconic and established  artist, ‘This Is Brian Jackson’ will be our man’s first album as leader in more than two decades.

The album will be good to go on CD/digital from May 27th  with vinyl to follow in July. Brian announced the album with the single, ‘All Talk’. Percussive, rhythmic and insistent, we weren’t surprised that there was a touch of the Gil Scott-Herons about the track – just a little smoother (though never bland).

There’s a polished and smooth feel to the latest single from Jackson – the final taster for the album. This new one’s ‘Path to Macondo/Those Kind of Blues’. It’s a moody and atmospheric piece with Jackson on Wurlitzer electric piano, flute, and spoken-word passages.

He explains the song title and meaning thus: “It felt right that my first solo album in 20 years contain a bit of commentary about what got me there: the blues. Daniel Collás (the album’s producer) and I would start off almost every session with lunch at the Mexican restaurant, Los Tacos Mcondo, down the block from the studio, talking through ideas over a Modelo or two. ‘Path’ comes from a conversation we carried from there about the often misunderstood function of the iconic American art form.”

Out now, ‘Path to Macondo/Those Kind of Blues’ is a quality piece of music by any yardstick. The spoken lyric offers up plenty of food for thought re. the nature of soul music and its relationship with the blues and slavery. It bodes well for the album.