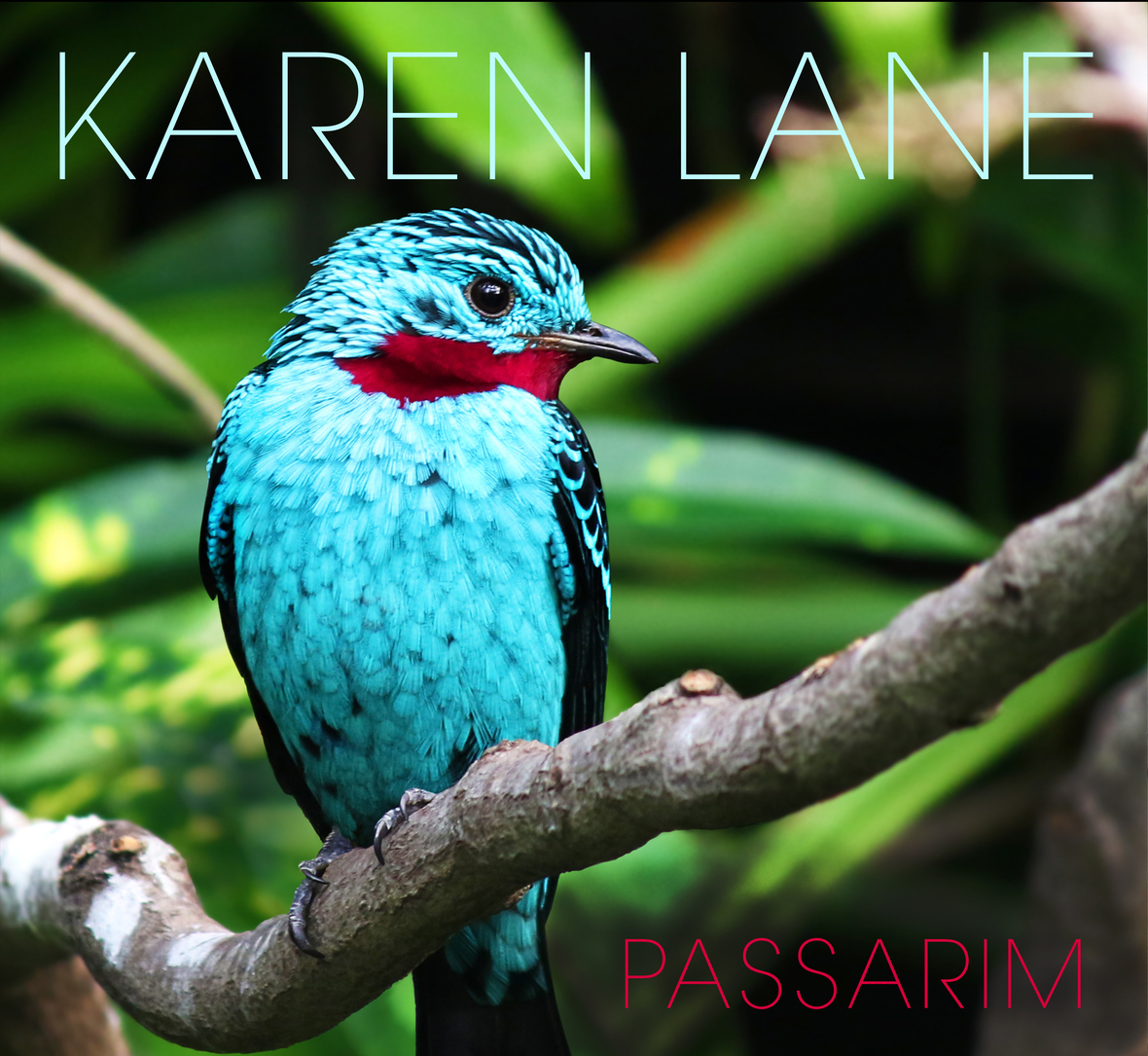 KAREN LANE is an Australian-born jazz singer/songwriter who is now based in London where she is a regular performer on that city’s jazz scene. She’s released a number of well-received solo albums – of which 2004’s ‘Taste’ won Karen plenty of accolades. The set was a bossa nova collection and next month she releases another set of Latin tunes…. or more specifically Brazilian.

‘Passarim’ is a 13 tracker that comprise music from the catalogues of some of Brazil’s top composers…. including, naturally, Antonio Carlos Jobim, whose lovely ‘Passarim’ gives the album its overall title.

Karen sings in both English and Portuguese and the band on the long player is Graham Harvey (piano), Rob Luft (guitar), Graham Lockrane (flute) and Andrea Trillo (drums). On several of the tracks the band is augmented by Brazilians Aneselmo Netto (percussion) and Ricardo Dos Santos (bass). There’s a very special guest too…. violinist Saskia Horton. Ms Horton features on ‘If You Wanna Be A Lover’ and she just happens to be Karen’s daughter.

Lovers of all things Brazilian will find plenty of treasures here – notably the title track (arguably Jobim’s most beautiful song) and a lovely medley of ‘Poinciana’ and ‘I’m Glad There Is You’.