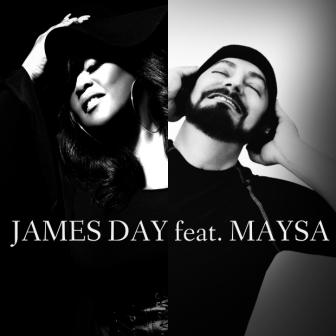 For some years now JAMES DAY has been thrilling soul connoisseurs with his classy take on the modern soul sound. Fans fondly remember his ‘Natural Things’ long player which featured a galaxy of soul stars helping James craft a selection of timeless grooves.

The tune is out right now and comes in three mixes. First up there’s the one the modern soul brigade are taking to heart… the Cool Million mix. If you know the Cool Million duo, you’ll know what to expect! Then there’s an 80s “rap mix”, but don’t switch off! The rapping (from Chubb Rock) is totally organic… not aggressive or in your face at all. The third remix is a tad more restrained – the title says it all the “smooth urban jazz” mix (U-Nam on guitar here by the way). Whatever one you go for you’ll get a top groove and that wonderful Maysa leak vocal.

The usual internet portals will give you access and we’ll bring you a full review of James’ Repertoire’ album very soon.