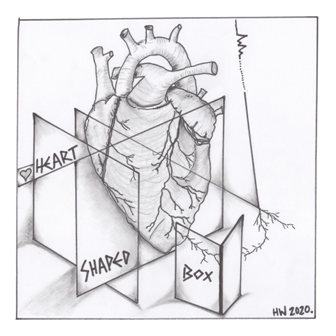 During the lockdown Bristol-based soul outfit HANNAH WILLIAMS & THE AFFIRMATIONS have been working in an unusual way! The band has been connecting with fans during the past few months and asking them if they were to record a new track – a cover of a reasonably well-known song – what would it be?

The fans’ choice was at first glance surprising…. Nirvana’s 1993 track ‘Heart-Shaped Box’…  a career changing track for Kurt Cobain’s group. Having been set the challenge, Hannah and the band began setting up remote recording setups and laid down their individual contributions. The mixed result is a totally different musical spin on a rock classic that is both edgy and haunting.

Hannah says: “This release is an ode to the world and its struggles – a nod to the past but also a move into the future, and most of all a tribute to all the amazing people who continue to not only support our band but also all the important messaging and movements we try to encourage through our art and influence”.

HANNAH WILLIAMS & THE AFFIRMATIONS; ‘Heart-Shaped Box’ is out now on Record Kicks.