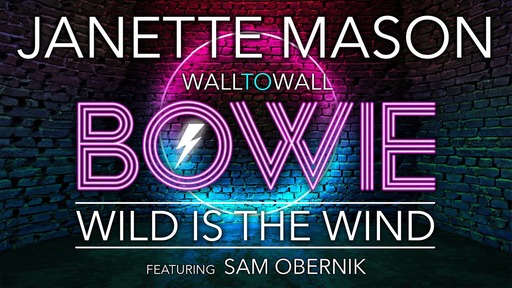 ‘Wild Is The Wind,’ the third single from Janette Mason‘s ‘Wall To Wall Bowie’ EP, is issued on April 2nd 2021.

A much-covered standard, ‘Wild Is The Wind,’ was written by Dimitri Tiomkin and Ned Washington and was originally sung by crooner Johnny Mathis as the title song of a 1957 movie starring Anna Magnani and Anthony Quinn. Nina Simone made the tune her own in 1966 and in 1976, David Bowie popularised the number even more with his version on the album ‘Station To Station.’