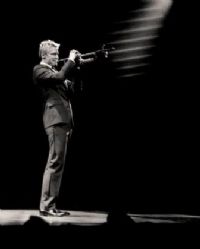 Jazz trumpeter, CHRIS BOTTI and his full band, will be performing live at London’s Cadogan Hall on Tuesday 3rd November 2009. The American player has recorded a succession of best-selling albums including ‘When I Fall In Love'(2004), ‘To Love Again: The Duets’ (2005), ‘Chris Botti Live With Orchestra & Special Guests’ (2006) and ‘Italia’ (2007). This year he’s already played more than 250 concerts and his itinerary included performances at the Hollywood Bowl and New York’s Carnegie Hall. On Thursday 18th & Friday 19th September 2008, CHRIS invited a variety of musical artists to join him on-stage, at Boston’s historic Symphony Hall, with KEITH LOCKHART AND THE BOSTON POPS ORCHESTRA for a pair of concerts. Both nights were produced by BOBBY COLOMBY and directed by JIM GABLE and guest performers included STING, JOSH GROBAN, STEVEN TYLER, YO-YO MA, JOHN MAYER, KATHARINE MCPHEE, LUCIA MICARELLI and SY SMITH. Decca Records release ‘Chris Botti In Boston’, a film of the two night event on DVD and Blu-ray on 2nd November 2009. A ‘Chris Botti In Boston’ CD soundtrack will also be released on the same date. For more details go to www.chrisbotti.com or www.myspace.com/chrisbottijazz . Tickets for the concert are available via the 24 hour ticket hotline: 08700 603 777 or www.seetickets.com