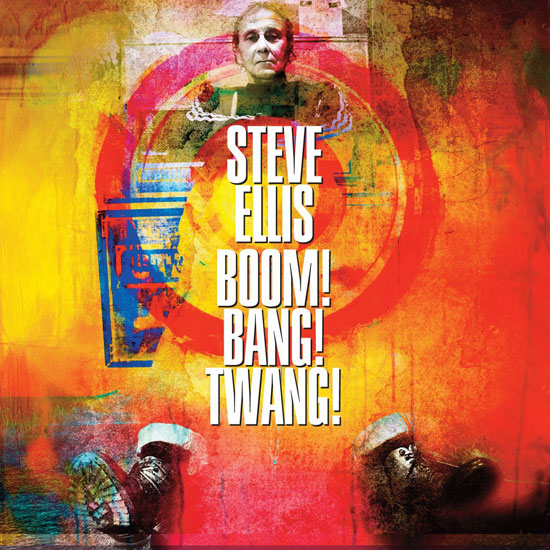 Right at the end of the 60s beat boom (February 1968 to be precise) the UK pop chart was topped by the perennial (geddit!) ‘Everlasting Love’ from the LOVE AFFAIR. The record was the band’s cover of the classic Robert Knight soul tune and the Love Affair’s lead singer, STEVE ELLIS, tackled the song with his own twist on blue-eyed soul. In 1969 Love Affair imploded and Steve embarked on a solo career but lack of success saw him quit the business to find work on the docks in London. A bad dockside accident forced him out of work so to make ends meet Mr E turned back to music.

He resurrected a version of Love Affair and toured the oldies circuit but he also found himself working alongside people like Noel Gallagher and Paul Weller. With their encouragement, Steve released two solo long players and next month he releases a third…. ‘Boom! Bang! Twang!

The new 11 tracker offers flavours as diverse as rock, R&B, reggae, blues, pop and, of course, blue-eyed soul. Steve shows off his soul roots with a respectful treatment of William Bell’s ‘I Forgot To Be Your Love’ while Paul Weller contributes two songs…. ‘Cry Me A River ‘and ‘Lonely No More’. That one’s classic Weller… brimming optimism, it’s a great choice for the set’s first single. Album highlight, though, is a throwback to Steve’s 60s heyday. … a cover of Gerry and the Pacemakers’ ‘Don’t Let The Sun Catch You Crying’. It’s just a great pop song; little wonder it’s been covered by so many diverse artists and Steve Ellis’ version is up there with the best.