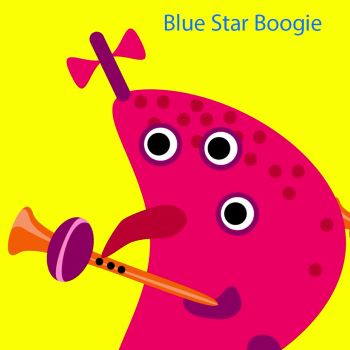 ANDY WOOD MITCHELL is a British musician who began his career as a trainee engineer at Abbey Road. He then fronted bands like Into The AM Band, The Below Average White Band, Andy & the Other One and The Big Funk. Solo and with those groups he’s recorded numerous albums and  also found time to work with Damon Alban; Michael Ball, Natalie Cole; Brian Eno; Tony Hadley; Romena Johnson,  Katrina Leskanich (Katrina and the Waves); Lee Johns; Lemal; The London Gospel Community Choir; Barry Manilow; Jim MaCarthy (The Yardbirds); Paul Young and members of  Blue & West Life.

Right now he’s working on an album under his own name… it’s called ‘Merlin’s Bones’ (a soundtrack to his forthcoming Youtube film “The Horticulturalist” which will be available to view in January 2022). From the album’s he’s set to release the first single – an old school, disco throwback – ‘Blue Star Boogie’. It’s big and brash and was engineered by Boogie Back’s Ernie McKone –  so you know we’re talking soul quality. The sound is  bold and infectious – a simple boogie… the message maybe not so simple  – it’s (we’re told) a light-hearted look at Man meeting Alien species and Alien Species eating Man. Interesting!