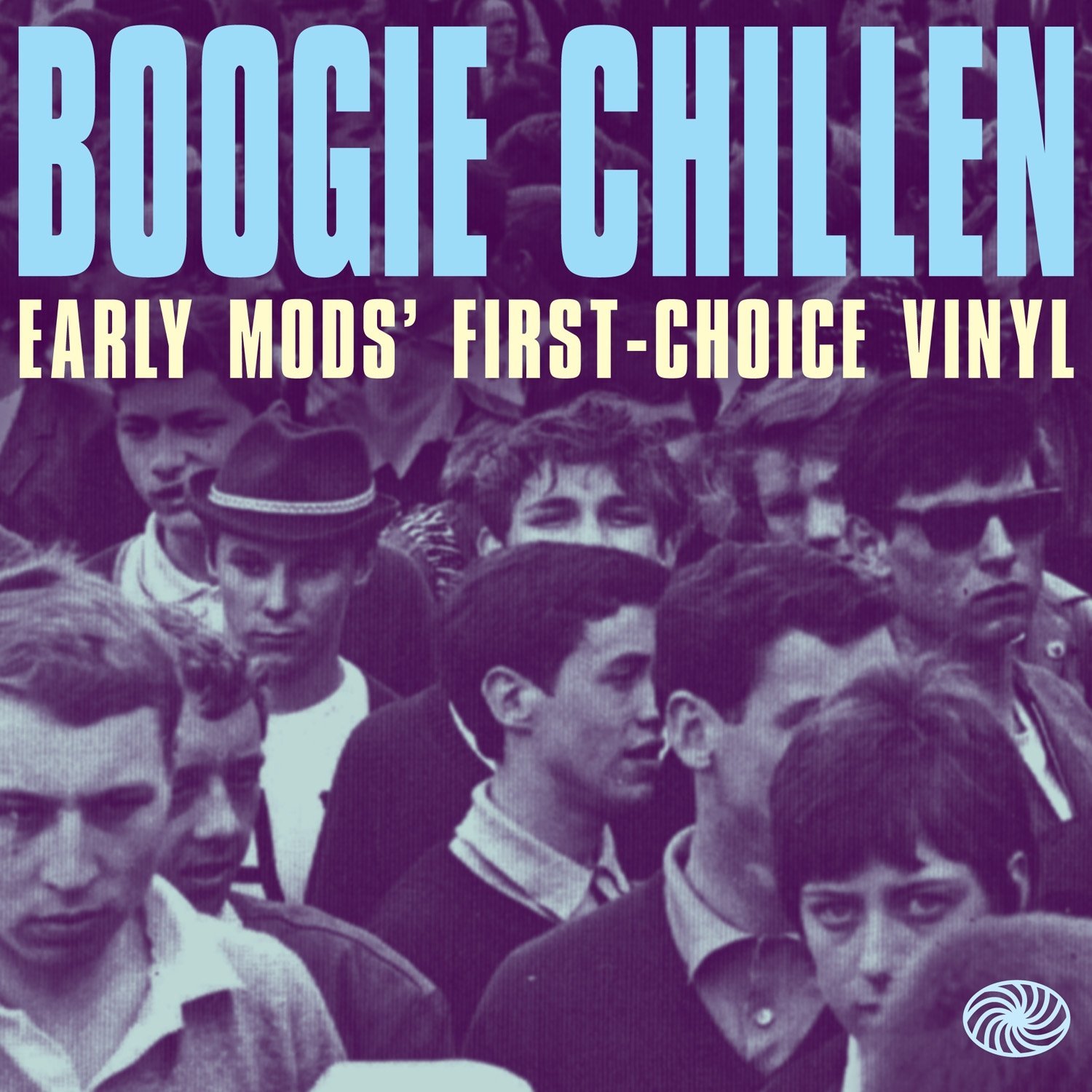 Reissue label Fantastic Voyage’s latest release is 3 CD collection of 50s and early 60s music that was influential at the beginning of the mod era. Mods or “modernists” to give them their proper title are usually associated with the mid 60s, but any social historian worth his salt will tell you that the movement began in London in the late 50s when fashion conscious art students began to frequent the jazz clubs of Soho… most notably the Flamingo. There they’d meet and mix with Jamaicans and black GIs and not only would they copy their stylish clothes, they’d also embrace their music – the jazz, the blues, the ska, the more esoteric pop and, most importantly, the embryonic soul.

Titled ‘BOOGIE CHILLEN’, the Fantastic Voyage set pulls together a massive 75 tracks of that very music… the music that so enchanted the early mods and set them off on what became (for most) a lifelong love for soul and jazz.

Key tracks include MOSE ALLISON’S ‘Parchman Farm’, CANNONBALL ADDERLEY’S ‘Work Song’, THE MIRACLES’ ‘Shop Around’, JIMMY SMITH’S ‘Walk On The Wild Side’, JAMES BROWN’S ‘I’ll Go Crazy’, THE IMPRESSIONS’ ‘Gypsy Woman’ and RAY CHARLES’ ‘One Mint Julep’. But whether it be the blues of MUDDY WATERS, the pop of NEIL SEDAKA, the sinister guitar twang of LINK WRAY or the early Motown of MARY WELLS the thing that they all have in common is that they were (in the late 50s and early 60s, at least) considered esoteric and rare…. and it was that very esotericism that made them so popular on the burgeoning mod scene. To dance to (or even own!)BOBBY BLAND’S ‘Turn On Your Lovelight’ was just s important as sporting an Arrow button down shirt, a sharp Cecil Gee suit, a clean cut college boy haircut and shiny beef roll loafers!

Interestingly many of the songs featured were covered by keen-eared UK artists and groups….amongst them THE BEATLES, THE ROLLING STONES, THE YARDBIRDS, ZOOT MONEY and dear old GEORGIE FAME – who went on to enjoy a long and successful residency at the Flamingo.