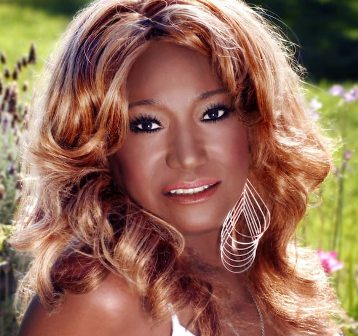 Singer BONNIE POINTER died yesterday, Monday 8th June. She was 69 and her publicist said that cause of death was cardiac failure.

Born Patricia Eve Pointer in Oakland, California in 1950 Bonnie and her sisters began singing as a group in their local church but when she was still in her teens she and her youngest sister, June embraced secular music and began working as the Pointers and also as The Pair. In 1969 Anita joined and they became the Pointer Sisters and won a contract with Atlantic, In 1973 Ruth joined the trio and they soon scored a hit with ‘Yes We Can Can’. The Allen Toussaint song (recently revived by Maceo Parker) was a highlight on their debut album. The quartet were always vocally on point and managed to cross genres. Indeed their biggest success was the country flavoured ‘Fairytale’. The girls also embraced a striking and original image – donning fashions and makeup of the 40s and 50s.

In 1977 Bonnie quit the group for a solo career and, signed with Motown, she enjoyed success with a revival of ‘Heaven Must Have Sent You’. For a time she was married to Motown producer Jeffrey Bowen. She recorded three albums before she “retired” but in 2010 she made a comeback of sorts with the album ‘Like A Picasso’. From time to time she took to the stage with her sisters.

Earlier this year, Anita and Bonnie released a single in memory of their sister June, who died in 2006. Their sister Ruth is the only sibling still performing in the Pointer Sisters, working with her daughter and granddaughter.