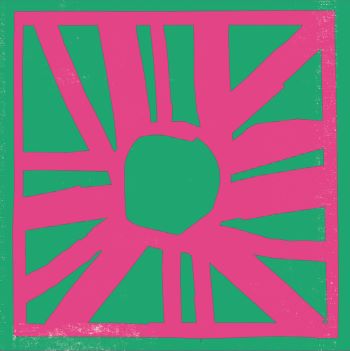 Brighton-based Mr. Bongo Records has a reputation for intrigue and eclecticism and if you’re not familiar with their catalogue, their latest compilation MR BONGO RECORD CLUB VOLUME 4 will give you an excellent idea of where they’re coming from and what their musical mission is all about.

The Bongo bods say: “Curating the tracks for a Mr Bongo Record Club compilation is always such a pleasure. At a time when the expression “Music is My Sanctuary” has an even greater cathartic impact for many people, we set out to make this volume an extra special one – like an old favourite mixtape or playlist.” To that effect they’ve selected some current tunes alongside rare lost gems from the Brazilian, African, soul, funk, disco, and other “odd” genres.

This collection’s opening gambit, in an odd way, sums up the essence and leftfield-ness of the album. It comes courtesy of the Modern Tropical Quintet and it’s a version of the oldie ‘Midnight In Moscow’ – probably best known in its early 60s trad jazz version by Kenny Ball and his Jazzmen. This new take is a whole cosmos away from the Kenny Ball version – quirky, eccentric, bizarre, intriguing. Yes, you’re getting there!

Elsewhere expect much more of the unexpected…. Afrobeat, Latino, Arabian, chill out, exotic, … all kinds of everything! There are two cuts that will intrigue soul collectors… they are a groove heavy ‘Don’t Stop The Train’ from Cindy and the Playmates and a gorgeous ‘Throwing Stones’ from James Rees end the Progressions. To my shame don’t know too much about this band save that they were active in the late 60s/early 70s and that trombonist Reese was the band leader while the sweet soul singer in his band was Rosalyn Foster. This cut is actually a Kenny Dope mix – not soulful house… just soulful! Worth checking!