BOMBS AWAY FOR WHITNEY! 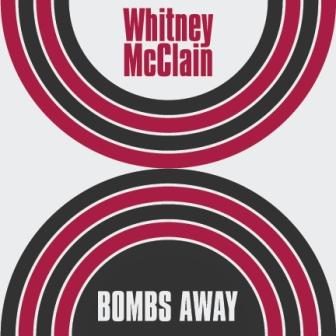 WHITNEY McCLAIN maybe a brand new name on the US soul scene, but she does have a great pedigree. Hailing from the Willamette Valley area of Oregon, she grew up in a family that loved and appreciated music. Her uncle, Marlon McClain, is the former leader and guitarist for the funk/rock/R&B/jazz band Pleasure and 21 year old Whitney credits him with inspiring, encouraging and guiding her to take the giant leap and releasing her first single.

Says Whitney, “I have such fond memories of singing and putting on little shows for my family when I was a kid. Even during some very difficult times, it was music that soothed my soul and helped me to heal.”

Those “difficult times” Whitney is referring to are two brain surgeries that she had in both the 5th and 7th grades. Both surgeries were delicate and with the love and support of her family and her faith in God, she not only recovered, she thrived, graduating from South Salem High School and attending the University of Texas in Austin.

Whitney’s debut single is the very catch ‘Bombs Away’. In its Dave Doyle remix the tune beautifully marries old and new school flavours. The intro and overall timbre owes something to Pharrell’s ‘Happy’ but the femme BVs and Whitney’s vocal are pure retro and the hook’s a real killer! Watch this one fly!