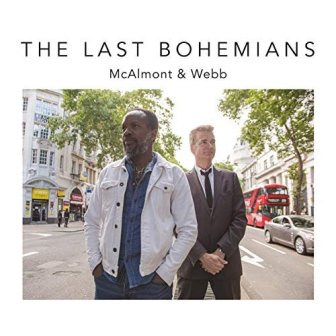 McAlmont, of course, needs little introduction. With a unique voice, he won multitudes of admirers via his work as one half of McAlmont & Butler (alongside Suede guitarist, songwriter and producer Bernard Butler). Webb is a songwriter and musician with a huge range of experience and this new recording marks McAlmont’s first major recorded work for over a decade and sees him going deeper into jazz vocal territory offering a selection of imaginative covers and plenty of original material. Sidemen on the album include Tony Kofi (soprano, alto & tenor saxes) and Andy Davies (trumpet, flugelhorn).

Of the covers, the most striking is the eerie take on the Beatles’ ‘I’m so Tired’ (from the band’s legendary ‘White Album’). There’s a Suede song too – the jaunty ‘The Wild Ones’.

The duo describe the album as “a love letter to the jazz life” and the set never fails to intrigue and engage… reference point?… maybe a Jimmy Scott album for the 21st century!