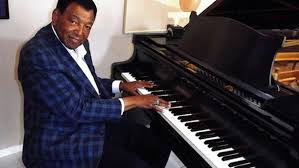 American new sources have announced that the legendary Philadelphia musician, BOBBY MARTIN has died. Reports say that Bobby died on 13th September from a sudden illness having been admitted to a San Diego hospital earlier this week. Martin was 83.

Bobby Martin’s musical career began in the 50s when he worked with the Lynn Hope Orchestra as an arranger. It was, though, his later work in Philadelphia for which he’s best remembered – earning himself the nickname “the Grandfather of R&B and Soul“.

He worked consistently with Kenny Gamble and Leon Huff and helped create hundreds of Philly classics – most notably Billy Paul’s ‘Me and Mrs. Jones’, Lou Rawls’ ‘You’ll Never Find Another Love Like Mine’ and the Intruders’ ‘Cowboys to Girls’. In his own right he won a Grammy for ‘T. S. O. P’ –the theme to the TV music show, Soul Train. He also worked with countless others stars including Whitney Houston, Dusty Springfield, the Bee Gees and Patti Labelle – whose name was Bobby’s idea.

In a joint statement Kenny Gamble and Leon Huff said, “He was the greatest arranger. We were able to work together with him to come up with a fantastic sound. He was part of a group of arrangers with us that included Thom Bell, Norman Harris, and Roland Chambers, and a vital part of the MFSB team who made major contributions.”

Meanwhile soul publicist Belinda Foster addressed Martin’s death via a statement: “Through his gift in arranging music, he has birthed hit records that have risen to the occasion to become timeless classics. His warm smile, kind heart, and passion for creating music shine on in our memories of Mr. Bobby Martin. He will forever be the Maestro of the Philadelphia Sound to all who knew him well.”

At the time of his death, Martin was working on a compilation of previously unheard Philadelphia soul tracks while simultaneously starting his non-profit charity , the Bobby Martin Foundation.