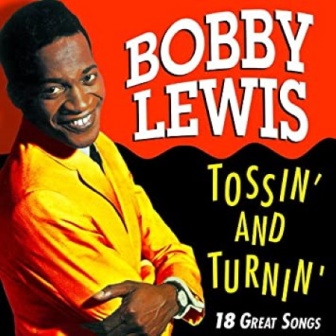 US media sources are reporting the deaths of music stalwarts BOBBY LEWIS and EUGENE THOMAS.

Bobby Lewis died on April 28th, aged 97. Lewis is best remembered for his 1961 hit ‘Tossin’ And Turnin’’ which combined elements of rock and roll with R&B. Born in Indianapolis in 1925, he learned piano at an early age and after being fostered out to a family in Detroit he ran away  from there aged just 14 to pursue a career in music. He recorded for Spotlight, Chess and Beltone for whom he cut ‘Tossin’ And Turnin’’ – which was no. 1 on the Billboard charts for seven weeks in 1961. His only other hit was ‘One Track Mind’. But he continued working in the music business eventually settling in Newark, New Jersey and despite failing eyesight (he had eyesight issues from a young age) he continued to perform the oldies circuit well into his 80s.

Eugene Thomas died on April 10th at Ridgewood, New Jersey. He was 78 and another victim of Covid 19. His place in soul history is secured by the fact that he was the lead singer in New Jersey group, Epitome Of Sound. Their song ‘You Don’t Love Me’ is often cited as a Northern soul classic. Epitome of Sound began as a four piece instrumental group known as the Megatons. The four white musicians recruited Thomas as singer, changed their name and cut ‘You Don’t Love Me’ for the Sandbag label. The arranger and producer was a young Tony Camillo.  Epitome Of Sound also recorded as “Moses Smith” whose instrumental ‘Try My Love’ was another big Northern tune.