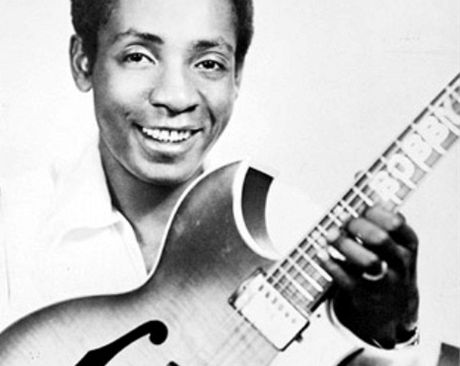 BOBBY HEBB, the writer (and original performer) of one of soul’s most enduring hit songs has died aged 72. The song in question, of course, is ‘Sunny’ and HEBB claimed he wrote it after his brother, HAROLD had been murdered outside a Nashville night club just days after the assassination of JOHN F KENNEDY. Whatever, the tune is hugely optimistic and that optimism coupled with a catchy tune meant that ‘Sunny’ has become one of the most covered songs of all time. Even without ‘Sunny’, however, HEBB’S place in musical history would be assured. Born in the Country music capital of Nashville in 1938, HEBB always had an attraction for cowboy music and in 1952 –as part of ROY ACUFF’S SMOKEY MOUNTAIN BOYS – he became one of the first Afro-Americans to appear at the Country music shrine of the Grand Ole Opry… quite an achievement for the early 50s.

But it was ‘Sunny’ that made his name. In fact at the height of the song’s popularity HEBB shared headlining status with the BEATLES on their 1966 US tour! After ‘Sunny’ HEBB continued to write and record with mixed success. Some of his songs – notably ‘Love, Love, Love’ and ‘You Want To Change Me’ became big on the Northern scene and like many vintage soul artists he was coaxed back into the studio in recent years – most notably with ‘That’s What I Wanna Know’ (2005).

In recent years HEBB had been fighting a battle with lung cancer and he died in hospital in Nashville on 3rd August. He’s survived by a daughter and 4 sons.