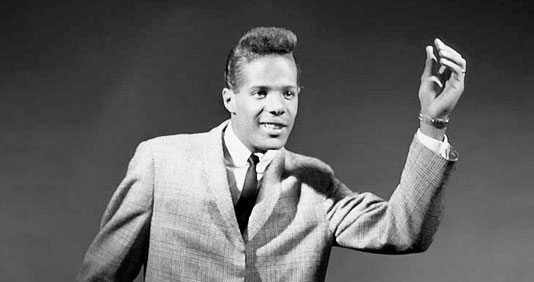 Early soul era singer BOBBY FREEMAN died on Saturday, January 28th at his home in Anson, Texas. He was aged 76 and no cause of death has been given. Bobby was best known for his hits ‘Do You Want To Dance’ and ‘C’mon And Swim’.

Robert Thomas “Bobby” Freeman was born in San Francisco in 1940 and he began his music career with doo-wop group, The Romancers. He then moved on to the Vocaleers before signing a solo deal with Jubilee Records for whom he recorded his own song ‘Do You Want To Dance’. The song was released on the Jubilee imprint, Jamie and rose to #5 on the US pop charts in 1958. The song became something of a R&R staple. It was successfully covered in the UK by Cliff Richard while others who have recorded the song include Del Shannon, the Beach Boys, Johnny Rivers, Marc Bolan & T.Rex, the Mamas & The Papas, Bobby Vee and the Ramones.

Bobby then worked for Laurie and King before finding a new home with Autumn Records. There, he cut his second “signature song”, ‘C’mon And Swim’. Freeman co-wrote the song with label owner Tom Donahue and a certain Sylvester Stewart who also produced the record! The follow up ‘S-W-I-M’ also saw chart action but by the late 60s success was hard to find and Booby was relegated to the oldies circuit though several of his recordings became popular on the Northern soul scene.