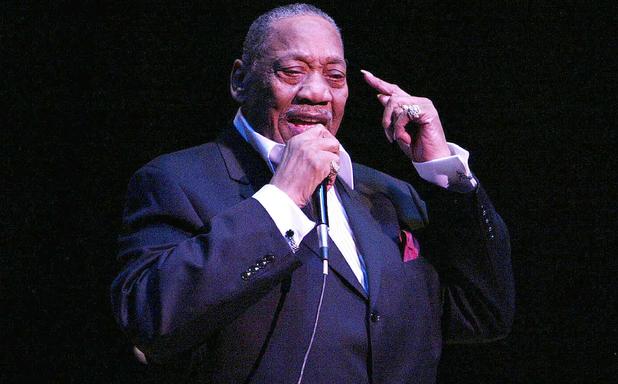 One of soul most enduring and iconic artists, BOBBY BLAND, has died aged 83. His son, ROBB, announced that BOBBY died on Sunday 23rd June at home in Memphis after complications from an ongoing illness.

BLAND was born in Rosemark, Tennessee in 1930 but as a young man moved across to Memphis where he joined a gospel group, THE MINIATURES. He made some solo recordings in the early 50s with SAM PHILLIPS at Sun, but his career took off later in that decade after he’s done his military service. He was working as a chauffeur for B B KING and ROSCO GORDON when he was signed to Duke Records where he scored with ‘Farther Up The Road’ (in 1957) and ‘Little Boy Blue’ (in 1958). His style was a unique mix of gospel, jazz, blues and rough-hewn R&B though he claimed that NAT KING COLE was his role model. Whatever, he eventually developed a smooth blues style that earned him the nickname “the SINATRA of the Blues”…. yet he preferred the simple epithet ‘Blue’ that he often inserted into his title – BOBBY “BLUE” BLAND.

Hits like ‘Cry Cry Cry’, ‘I Pity The Fool’ and ‘Turn On Your Love Light’ continued into the 60s and he became something of a hero for UK mods and soul bands who often covered his songs. As soul styles developed, BLAND’S success waned and he suffered from depression and alcoholism. But in the early 70s he made a magnificent comeback with the ABC long player ‘His California Album’ – a collection of original songs and soul classics delivered in an updated way that somehow managed to retain the passion of his Duke recordings. A later ABC album ‘Dreamer’ included what became one of BOBBY’S most famous and enduring songs ‘Ain’t No Love In The Heart Of The City’.

In the 80s BOBBY recorded for Malaco and in 1981 he was inducted into the Blues Hall Of Fame followed by the Rock and Roll Hall Of Fame in 1997.This was topped by a Grammy Lifetime Achievement Award in 1997.

WILLIE MITCHELL’S son, LAWRENCE summed up BOBBY BLAND’S magic when in tribute he said, “BOBBY BLAND brought a certain level of class to the blues genre”.