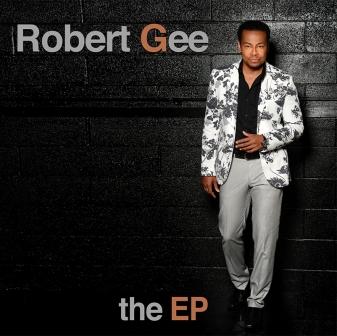 Philadelphia-born soul man ROBERT GEE debuted back 8 years ago with a pleasing album ‘All My Love’ which won him Best R&B Male Vocal Performance from The Black Music Association. He’s worked constantly since then most notably with Loose Ends touring with them across the States.

Discovered as a teenager by Patti Labelle, Robert is now re-promoting his last EP – imaginatively titled ‘Robert Gee-The EP’. We featured it last August, but if you missed it then, here’s the opportunity to enjoy some very classy modern soul in the classic Philly tradition.

The lead cut is a gentle R&B swayer, ‘All I Ever Wanted’ which proves why Ms Patti Labelle had so much faith in Robert. Robert’s in fine, soulful form. The other notable cut is the quite lovely, grower ‘I’ve Given You My Best’, but (if you skip the house mix of ‘All Ever Wanted’) dip in anywhere and treat yourself to soul singing how it’s meant to be… how it used to be!

Robert says: “Because I am a native of an iconic soul city like Philly I feel it is my artistic birthright and blessing to lay hold of the soul/R&B torch and carry it forward with pride, artistic integrity and straight up dignity!”