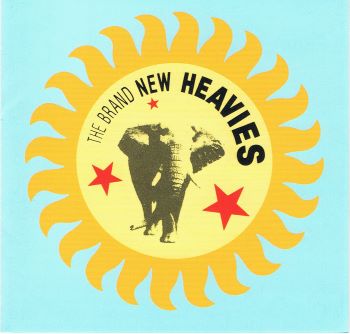 The BRAND NEW HEAVIES 1990 Acid Jazz debut album is rightly regarded as a Brit soul classic and, just to remind you, it’s set for a vinyl reissue!

We all know that the BNHs began life as the Brothers International but in homage to James Brown,  the self-declared “Minister of New Super Heavy Funk” they hit on the name “Brand New Heavies”. After a dalliance with Cooltempo Records and name making gigs on the London circuit, Jan Kincaid, Simon Bartholomew and Andrew Levy signed with Acid Jazz records. The Heavies then released  their ‘People Get Ready’ as a vinyl single backed with ‘Gimme One Of Those’ which was  followed by 1990’s ‘Dream Come True’ featuring Jay Williamson (aka Jay Ella Ruth). Then came the critically acclaimed eponymous LP.

That LP in all it’s glory is now lined up for vinyl release on 26th  August via (who else?) Acid Jazz Records. And if you like that sort of thing you may want to know that it’s being pressed up in striking blue  vinyl!

I’m sure you know the album, but to remind you, the music was a heady mix of 70s flavoured jazz funk, Donald Byrd and The Mizells alongside a then contemporary  London warehouse club vibe. You’ll also know that the 9 tracker was mainly instrumental with the core trio aided and abetted by a big, beefy horn section who help cook up raw, 80s funk on cuts like ‘Sphinx’ and BNH’. The three vocal cuts are ‘Dream Come True’, ‘Ride In The Sky’ and ‘Stay This Way’ with Jay Williamson out front. The album’s success established the BNHs as major players on the UK soul scene and after the LP was released Stateside in ’91 the group were soon touring with their heroes – people like Earth Wind & Fire, Stevie Wonder and Herbie Hancock! By then, though N’Dea Davenport had become the band’s signature voice. But it’s that original UK LP that broke the band and that’s the version enjoying the blue vinyl reissue in late August. For such and iconic LP demand is sure to be great, so to learn more go to https://acidjazz.bigcartel.com/category/the-brand-new-heavies