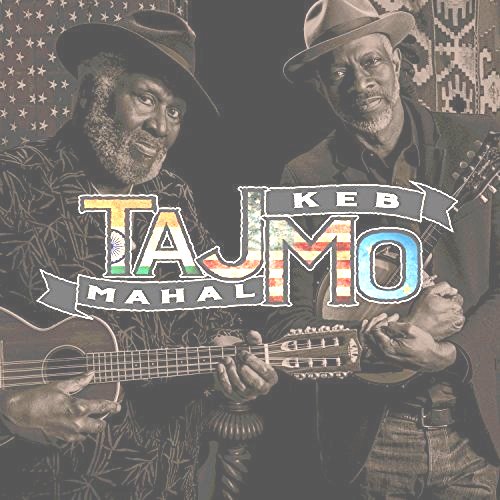 June 16 sees the release on Concord Records of a ground breaking blues album that brings together two giants of the genre –TAJ MAHAL and KEB MO.

‘Tajmo’ was self produced by the duo and features input from people like Bonnie Raitt, Joe Walsh, Sheila E and Lizz Wright. Amongst the 11 tracks are covers of John Mayer’s ‘Waiting For The World To Change’ and the Who’s ‘Squeeze Box’. Both are given distinctive treatments that might well surprise blues purists as will ‘Soul’ which, despite its title, is more world music than traditional blues or, indeed, soul. However if that’s what you want (blues), try ‘Don’t Leave Me Here’ – a biting, stinging blues on which the duo offer homage to the South.