BLUES WITH A TWIST…. 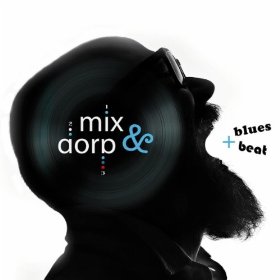 21st century blues fans constantly bemoan the lack of new releases in their beloved genre. European label, Black and Tan is one of the few labels which feed that particular hunger. However, what blues purists will make of the label’s new release is a matter of conjecture. ‘Blues and Beat’ from a collective dubbed MIX AND DORB is a totally new concept. MIX AND DORB, you see, have taken a dozen blues gems from Black and Tan’s back catalogue and remixed and re-tweaked them.

Amongst the chosen tunes are ‘Who Stole The Booty’ from BOO BOO DAVIES, ‘What You Got’ by BIG GEORGE JACKSON and BILLY JONES’ ‘Ain’t Good Lookin”. The team have added new beats and other enhancements, declaring, “Forget the past. It’s dead, and so is the way you used to think about the blues. We blast new life into the style by blending modern beats and blasts from the future into existing tracks for a fresh sound that makes the rhythmic heart of the blues beat stronger than ever”.

Make up your own mind @ www.mixendorp.com