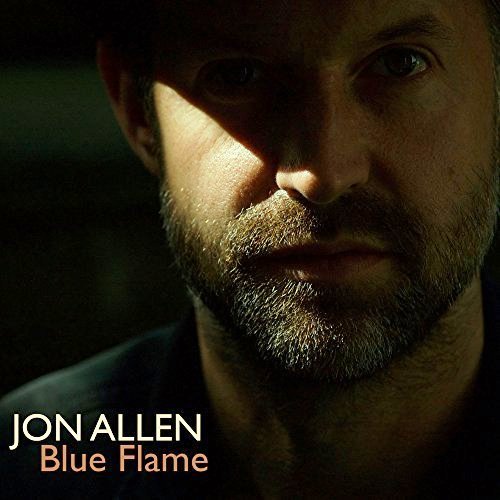 Singer/songwriter JON ALLEN releases his fourth album, ‘Blue Flame’ on May 18th. The long player is the Winchester-born singer’s follow up to his 2014 set ‘Deep River’ which was a BBC Radio 2 “album of the week.”

Jon describes the new 11 tracker as take on the classic soul sound of people like Bill Withers and Bobby Womack. He says: “I have always liked how people like Withers and Womack were able to combine folk music elements like acoustic guitar and make it sound so soulful and funky… so for ‘Blue Flame, I decided to have my cake and eat it”.

Soul-wise, Jon Allen has good form. His 2009 album collaboration with Tristan Longworth, ‘The Third Degree’ was a collection of well-known female-fronted pop songs presented in classic 60s soul style. The album so impressed a certain Marshall Chess (yes, of the Chess family) that he released it on his own Rolling Stone label.

‘Blue Flame’ continues Allen’s blue-eyed soul progression well illustrated by the bluesy, Southern flavoured titled track. ‘Stay’ is another album highlight…. lighter and optimistic, it features some sweet 60’s Chicago style brass (a touch of the ‘Soulful Struts’) and has all the potential to be a radio hit and a blue-eyed soul classic. It would make a great 45, but the album’s leadoff single is the jazzy ‘Jonah’s Whale’ which might remind you just a little of Van Morrison’s ‘Moondance’. It’s full of that classic’s optimism and as the singer opines “The world maybe going down the tubes but I’m in love and everything’s fine….”

And speaking of “going down the tubes”, ‘Blue Flame actually offers an ode to Donald J Trump….. ‘It’s Just The End Of The World”. This is a jaunty side swipe at the man with the comb-over and despite our misgivings, it does (like everything on the album) offer a degree of optimism.

Jon Allen’s ‘Blue Flame’ (released on Monologue Records on May 18th) comes hugely recommended. I doubt we’ll get a better blue-eyed soul tune than ‘Stay’ all year while ‘Since You Went Away’ is a killer ballad. If Van’s your man and blue-eyed soul’s your thing you really should investigate.