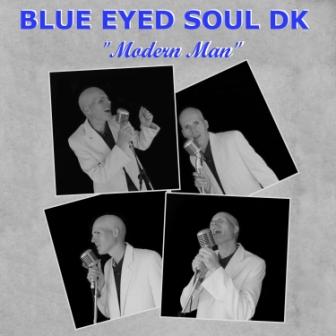 BLUE EYED SOUL DK is a new soul act from Denmark. The man behind ’em is singer, rapper, producer and multi musician ANDERS CARSTENSEN. He calls his music a mix of “modern soul, old school funk, indie pop and Motown” and you can make up your own minds by investigating the band’s latest single…. ‘Delicious’.

The tune was play-listed on BBC Radio 6 and easy to hear why. Like a lot of stuff on the station it’s challenging and hard to pigeon-hole. Despite the band’s title it’s not “blue eyed soul” as we’ve come to understand it. Sure, there’s a soul undertow in there but also lashings of euro pop and a rap. The rap’s in French – which probably explains why the tune was featured all over France on the college radio network. It’s won further accolades in Denmark (#1 hit) and is “big in Japan”. Grab a listen for yourself and maybe even try the follow-up ‘Cooper Street’. Both track, by the way, come from the upcoming ‘Modern Man’ long player.