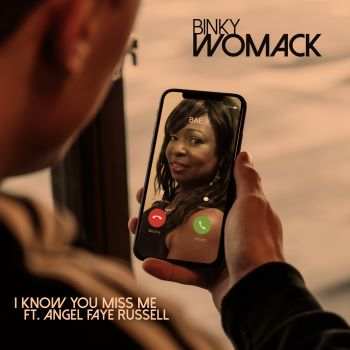 BINKY WOMACK (c’mon, you should know by now …part of the legendary Womack soul clan. Specifically, he’s Curtis Womack’s son and, naturally, the nephew of Bobby Womack) enters 2022 with a new double A sided single that pairs ‘Magic Woman’ with ‘I Know You Miss Me’.

‘Magic Woman’ is a gritty, southern groove with a typical Womack style spoken intro. ‘I Know You Miss Me’ is a little more up-tempo and a little more interesting. It’s a duet with Angel Faye Russell who’s currently making a name for herself on the southern soul circuit. You’ll enjoy the spoken banter between the pair on the fade out!

Both cuts are taken from an upcoming Binky Womack album which is tentatively titled ‘Southern Soul’ which sort of explains the flavour of these two tunes. The single is out now!